Steven Spielberg, Jennifer Aniston, Reese Witherspoon and Oprah Winfrey are some of the names that have given the yes to Apple for this television adventure. The Wall Street Journal assured that Apple will spend $ 1 billion in television production. 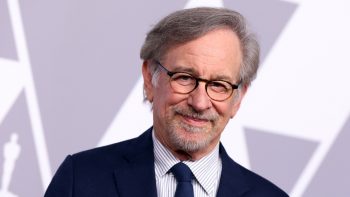 The company that revolutionized computers and changed the rules of mobile telephony, is preparing for another major  challenge: to enter big time in the production of television content and to gain a foothold in the extremely competitive world of the small screen.

There are still many questions about its strategy, the only certainty is that for its jump from Silicon Valley to Hollywood has opened its wallet with the aim of signing huge stars. Steven Spielberg, Jennifer Aniston, Reese Witherspoon, Oprah Winfrey or J.J. Abrams are some of the glitter names that have given the yes to Apple for this television adventure.

Thus, the technological giant will face other titans such as Netflix, HBO, Amazon and Disney, which also works on its own streaming service.

Apple will also have an illustrious of Hollywood as Steven Spielberg, who will play again with nostalgia and recover the fantasy and horror of the series of the 80’s Amazing Stories.

J.J. Abrams’ trajectory has been compared on many occasions with Spielberg’s, so it doesn’t seems strange that he is now following in the footsteps of Apple, where the filmmaker of Star Wars: The Force Awakens (2015) will produce a musical series inspired in New York, Little Voices.

Two other well-known filmmakers will also form part of the Apple catalog: Damien Chazelle (La La Land, 2016) will direct and write a series of which details are not yet known, and M. Night Shyamalan (The Sixth Sense, 1999) will use his mastery in the paranormal and the mysterious in a project still without a name.

Apple and the emblematic presenter of The Oprah Winfrey Show have signed an agreement for several years to create original programs, without having yet detailed on what this alliance will consist of.

In this way, the competition will be fierce, bringing attractive and quality content to consumers.