With fewer attendees and a slowdown in the activities of the traditional companies, it has been an important meeting for executives of programming and acquisitions of the domestic market of the United States as well as in Latin America and its commercial links with the rest of the world. 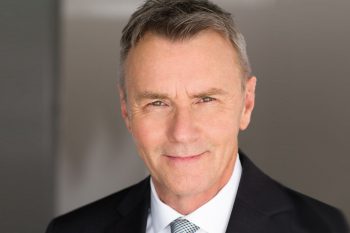 TVMAS was present this year as for the past 20 years as Media Partner and collected the data provided by the organization: approximately 3,000 attendees, of which 40% came from the national market of the United States, 40% from Latin America and 20% from Europe and other regions.

Also OTT’s platforms continue to be added such as Netflix and Amazon and players of the likes of Apple, Roku and Verizon, among many others who are taking center stage.

The event will be hosted by the same hotel for the next 2 years, 2020 and 2021. According to JP Bommel, CEO, ‘Miami is the perfect place for international players, and the hotel is one of the only places in the United States with capacity for such a number of people.’

A summary of what some interviewees shared with TVMAS.

We attend every year said Anastasia Korchagina, Friday TV (Russia): “For the first time I came to look for different formats of entertainment, compared to Europeans because there is a boom of products outside the European market.”

Tom Mohler, CEO of OLYMPUSAT told us that NATPE is a crucial bridge for its business and its platforms, especially now that they are looking for co-productions and continue to grow their audiences.”

JP Bommel, President and CEO of NATPE summed up “We are happy, especially because there were a lot of new products that came to the market for the first time, both from the studios of the United States and from large independent Latin companies and other regions. There are new exhibitors and new countries. This time, we received buyers from non-traditional countries such as Africa, Afghanistan, Russia and Ukraine.”

Definitely, co-productions are the trend that marks the new era of TV and audiovisual content.