This co-production of the new and ambitious reality show “Resistiré”, will bring 95 episodes recorded in Chile and broadcast through MTV (Latin America), Mega (Chile) and Azteca 7 (Mexico) starting this Monday, March 25 at 9:00 p.m. 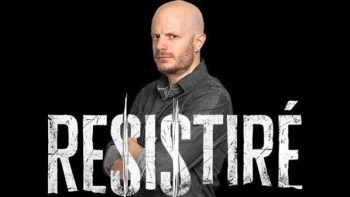 Inspired by MTV’s original format, Stranded with a Million Dollars, “Resistiré” marks the first production alliance between MTV, Mega channel and TV Azteca. This project will be broadcast Monday through Thursday and will be presented by Mexican host Facundo and Chilean television star Diana Bolocco.

24 participants from Latin America and Europe test their strength, courage, loyalty and ability to survive by constantly answering a question: “How much money would you be willing to pay to survive?” The group of participants will be “abandoned” in the Andean mountains without water, food, shelter, overcoats, or the possibility of communication with the outside world – but with half a million dollars in cash. Managing this money correctly will be the key to resist and reach the end of the show to earn a juicy sum of money.

Adrián Ortega Echegollen, Vice President of Azteca 7, Pay TV and Acquisitions of TV Azteca said in the statement that “Azteca 7 continues to evolve and again bursting the Mexican market with a novel format in hands of powerful partners in entertainment in Latin America as Viacom and Mega of Chile. We fulfilled our objective of bringing our audience new and current content to be consumed by families in Mexico and with this format we return to our tradition of having the best survival reality on Mexican television.”

The participants are from Argentina, Chile, Colombia, Spain, Mexico and Uruguay. 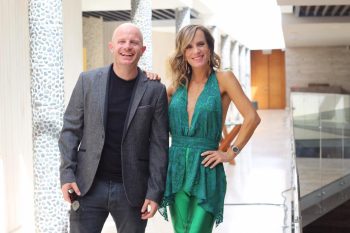 The star of the Chilean television Diana Bolocco and Facundo.