The signal is now available on channel 1579 in the TV Mundo, Mundo Total and Paquete en Español packages from the leading U.S. telecommunications company. 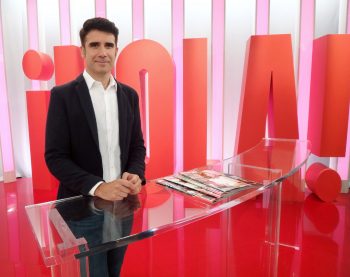 ¡HOLA! TV is now available on FiOs TV, the pay TV service from telecommunications company Verizon. The addition of ¡HOLA! TV -the leading source of royalty, celebrity, fashion and lifestyle news- to FiOs TV reinforces the American giant’s Spanish-language content, while ¡HOLA! TV expands its presence in one of its target markets ̶ the U.S. Hispanic market and, specifically, in large hubs such as New York, Boston, Maryland, Northern Virginia and Washington.

For Marcos Pérez, CEO & General Manager of ¡HOLA! TV in Miami, “this agreement makes ¡HOLA! TV bigger in the competitive U.S. market, where the Spanish-speaking audience is becoming more and more important”. And he expressed his satisfaction, saying “it highlights the fact that we are the leading source on topics such as royalty, as well as in broad coverage of celebrity-related events, cinema and fashion, in a market”.

With this addition, Atresmedia Internacional now includes a new channel in the American company’s offerings, where Antena 3 Internacional is already present since 2013.