The outstanding actor and producer celebrated 25th year of his production company, one of the most important in the country, with friends, stars, authors, industry leaders and a new logo: Polka Sin Guion (Polka Without a Script.) 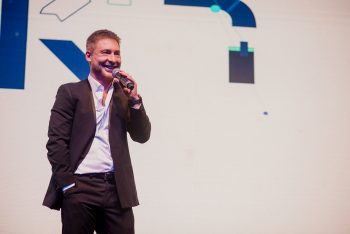 With more than 500 guests, the party was celebrated at the Baires Estudios of the production company, in Buenos Aires. What did they celebrate? 60 productions. And the emergence of some of the most remembered stories of Argentine television. In 1994 it was just an office started by Suar and Fernando Blanco. Today, it employs more than 450 people.

It was with “Poliladron” broadcast on Canal Trece-Artear, the first epic with which they revolutionized audiences and advertisers, turning Argentina into a fertile stage for the production of fictions. The series innovated in special effects, incorporated permanent art director and added a cinematic language to TV. 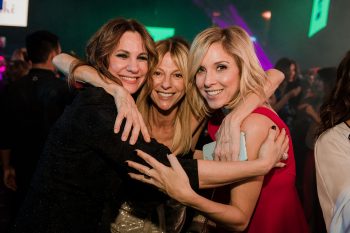 The feat of Adrian Suar and Fernando Blanco, attracted brands such as HBO among other large producers exporters of content in the international market, generating a national production boom that has conquered several territories of the world.

To summarize, more than 500 guests arrived at the celebration, among them the actors of the first fictions produced by Polka such as Laura Novoa, Osvaldo Santoro, Andrea Pietra (Poliladron), Antonio Birabent, Damián De Santo, Emilia Mazer, Carlos Santamaría (Verdad Cosecuencia), Juan Palomino and Julieta Díaz, among others. And they also celebrated the new Polka logo Sin Guion, a key renovation for another new stage of the company that grows dizzily with high quality products.