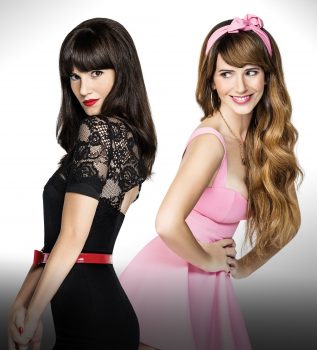 From July 9 at 8 pm, on prime time bTV Comedy, audiences in this country will begin to enjoy all 134 episodes of the series that tells the story of Nina and Mara. Two twin sisters, separated at birth, who do not resemble each other and who lead opposite lives, unaware of each other’s existence. Written by Ernesto Korovsky, Silvina Frejdkes and Alejandro Quesada, this comedy is also the story of the integration of two social classes, two different cultures and how love overcomes all kinds of distances.

The production of Underground and Telefe premiered in prime time in Argentina in April 2016, reaching an average share of 40.2% and leading its time slot. In addition, it was one of the most viewed content on digital platforms with more than 2.5Million unique users and 9 million reproductions.

VIS Americas continues to finalize agreements and consolidate the presence of its contents in the world. The original version has been sold to different networks in different countries, such as Guatemala (Guatevisión), Honduras (GOTV), Ecuador (Teleamazonas), Paraguay (Unicanal) and Colombia (Caracol); and its format was acquired in Mexico (TV Azteca) and Chile (Chilevision.)

bTV Comedy is part of bTV Media Group and is the only Bulgarian comedy channel that brings together the best series, comedy and film titles from Europe and the United States.