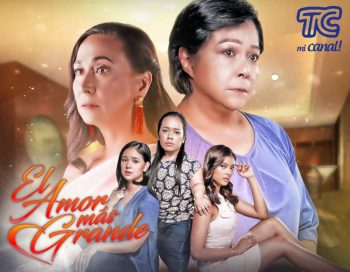 The Spanish-dubbed version of GMA’s phenomenal daytime drama The Heart Knows (My Special Tatay) premiered on November 12 as Un Corazon Especial on Ecuador’s TC Televisión. The drama about Boyet, a young father with autism immediately captivated Ecuadorian audience and delivered high ratings, averaging almost 9 points on weekdays at 5:30 P.M. It is among the most-watched programs on TC. 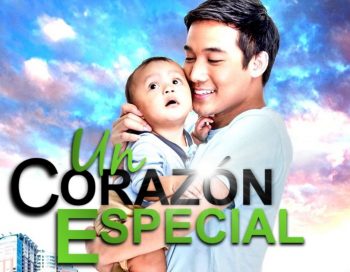 Following the success of Un Corazon Especial, TC Television will launch another GMA drama, this time on its primetime. GMA’s top-rating drama The Way To Your Heart (Onanay) premieres on Tuesday, November 19 at 8 P.M. (Ecuador time) as El Amor Mas Grande and will air Mondays to Fridays. It tells the story of Onay, a mother with achondroplastic dwarfism longing for the acceptance of her daughter. On social media, the drama is shaping up to be another hit, with viewers expressing their excitement over the series.

Roxanne Barcelona, GWI Vice President, is thrilled with the positive reception of GMA dramas in Ecuador. “Our dramas rate well in the countries where they are shown because while retaining common elements like family, romance and relationships, our content features unusual themes that keep viewers engaged and boost ratings for the broadcasters,” she said. “In Latin Media Corporation, we have found a dedicated partner who is truly committed to the propagation and success of GMA’s dramas in Latin America,” she added.

Also, the CEO of Latin Media, José Escalante, is very happy with the excellent results of “Un Corazón Especial”. “We feel more motivated than ever after learning about the extraordinary ratings of this drama that addresses a subject as sensitive, but at the same time, important as autism is in our societies. The treatment that the drama has given to this issue is fundamental that it has penetrated so deeply into the hearts of viewers,” he said.