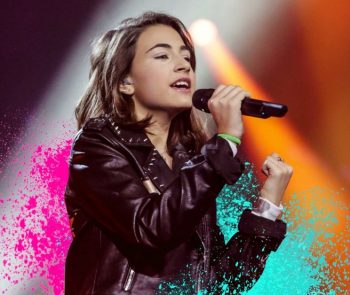 The global brand Lolly Kids TV was launched in September 2018 in the United Arab Emirates in Dubai. In just one year, the channel expanded through the countries of the Middle East, Asia, and since the spring of 2019 arrived in Europe: Spain, Russia, Bulgaria, France, Lithuania, Italy, reaching the home of more than 50 million Families worldwide.

In the programming it includes videos, concerts, interviews with incredible talented young people who sing and dance. Professional music videos are also broadcast that are recorded and produced specifically for children’s television.

The aspiration is to support young people with musical talent, help them in their artistic careers, produce their videos, help them record songs and above all, present the best of them in the programming 24 hours a day and 7 days a week.

In the other infantile’s channels children are only passive spectators, here they have interactivity, because their programming is made by the viewers themselves: children, parents, music teachers, dance teachers.

All children with musical talent can participate. Simply record a music video at home or in a studio and upload it to YouTube. Then they send their video’s reach to lollykids@mimyuni.com or to Instagram: lollykids_spain_latam. An international jury evaluates his video to incorporate it into the channel’s programming and become one of the wonderful sons of Lolly Kids TV.

The channel is distributed free of charge to all operators in Bulgaria and around the world to reach the maximum number of families and their talented children between 4 and 17 years old. Here it worth remembering that Bulsatcom was the first operator to support the children of Bulgaria. The distribution process in Bulgaria continues and by the end of the year it will be in every home, in every city and town in Bulgaria.

The channel is part of a large portfolio of more than 40 television channels of Mimyuni Media Group LLC and GLOBAL BROADCASTING CORPORATION -DUBAI-UAE.