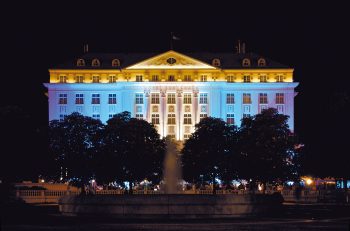 Aimed at the development of TV and movie industry in Central and Eastern Europe, the event will host screenings from companies like CBS Studios International, BBC Studios, all3media international, Keshet International, yes Studios, Croatian Radiotelevision and RTV Slovenia. The former one will present new TV series from their own production, a pre-premiere screening of a live action documentary show The Age of Uskoks and series The Lake (Sebastian Cavazza). After the screenings, interviews have been organized with the main actors and series’ creators. Kris Marshall (Love Actually) will give us an insight into filming the TV series Sanditon, produced by BBC Studios.

The creation of the character and its development is one of the hardest part of the writing process and precisely that will be one of the topics discussed by producers and writers who work on character development daily. Besides characters are also beautiful locations, shots, colors and costumes, the  atmosphere created by series’ creators. Vanja Černjul (Orange is the New Black) and Allan Starski (Schindler’s List) will teach us how to create original series and characters from the visual department perspective, as well as from the camera and sound department perspective.

The event is organized by Mediavision