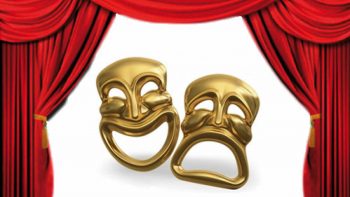 One of the most important celebrations is the distribution of the International Message traditionally written by a world-class theatre personality invited by the International Theatre Institute. Today the message was delivered by Shahid Mahmood Nadeem, Pakistani journalist, playwright, screenwriter, theatre and television director, and human rights activist. His message was titled: “The Theatre as a Sanctuary.” (see the full message online)

This is a slight fragment of his wonderful text: “We need to replenish our spiritual strength; we need to fight against apathy, lethargy, pessimism, greed and contempt for the world we live in, for the planet we live on. Theatre has a noble role, that of energizing and mobilizing humanity to rise from its descent into the abyss. Theatre elevates the art of acting to a higher spiritual plane. Theatre has the potential to become a sanctuary and the sanctuary into a performance venue.”

Amanda Ospina former theater actress, radio, film and TV and director of this publication TVMAS said: “This a day to remember the wise words of Federico García Lorca: “Theatre is poetry that rises from the book and becomes human. And as she becomes human, she speaks and screams, cries and despairs.”