RFI de France launches the sixth edition of the “RFI Report in Spanish” award, aimed at journalism students under 30 years old, residents of Latin America and the Caribbean. 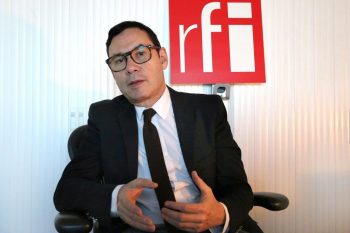 According to the statement, the winner’s name will be announced on Thursday, May 28 in the context of the “Latin American and Caribbean Week in France”.  It is an initiative in which the journalism faculties can submit a candidate who must send by e-mail to RFI (premio.reportaje@rfi.fr), between March 5 and May 3, 2020, a radio report of a maximum duration of 13 minutes, as well as a proposal for a report to be made in Paris.

“We are launching this convocation ​at a time when the whole world is engaged in the fight against the coronavirus pandemic that has convulsed everyone’s lives globally; but we have no doubt that, as so many other times throughout history, Humanity will emerge victorious and strengthened from this battle,” says the RFI’s communiqué.

A jury made up of RFI journalists will meet to designate the best work. The winner’s name will be released in the “Paris America” programme of 28 May 2020, in the context of the Latin American and Caribbean Week in France, in partnership with France Médias Monde.

The award consists of a four-week internship at RFI’s Spanish-newsroom in Paris during the summer of 2020, entirely funded. During this period, the winner will be able to produce the proposed report.

Last year the award went to Juan Rafael Valdez, student of the Claustro University de Sor Juana in Mexico City for his report “Opposite Travels”, recorded in a migrant hostel in southern Mexico. It was awarded for sound and the immersive quality of his production, strength of the testimonies collected and spontaneity of his account, on a fully topical issue.

RFI programs in Spanish are broadcast by DIRECTV Latin America in South America and the Caribbean, and through cell phones in Mexico and the United States.

In this context, the programming that RFI makes available daily to its associated radios is being logically affected by the strict sanitary measures that we must respect in France today.

The Spanish RFI newsroom is maintaining its six daily 30 minute program strips in Spanish in its usual schedules of 10:00, 12:00, 14:00, 16:00, 21:00 and 23:00 GMT/UTC. However, under current circumstances, the usual programs may vary and we will surely be required to make re-broadcasts. Be that as it may, our journalists are making an effort to continue offering the 13-minute “The RFI News” at the beginning of those daily half-hours according to the usual schedule grid.