The award-winning production, which has already been licensed to over 50 countries, set to air on Red Uno from the 15th 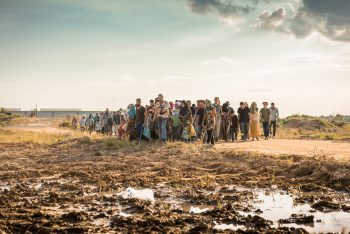 One of last year’s most moving dramas in Brazil, the award-winning telenovela ‘Orphans of a Nation’ is set to replace ‘A Second Chance’ from 2 pm on Bolivia’s Red Uno starting on the 15th this month. The show is currently airing on the Imagen Televisión and Teledoce channels in México and Uruguay.

‘Orphans of a Nation’ won last year’s Rose D’Or Awards in the telenovela category and has been licensed to over 50 countries. Written by Thelma Guedes and Duca Rachid – who won the International Emmy for Best Telenovela in 2014 with ‘Precious Pearl’ – and directed by Gustavo Fernandéz, ‘Orphans of a Nation’ uses the refugee issue as a backdrop to create a fast-paced story that mixes empathy, cultural diversity and a never-say-die attitude, all in the name of love. 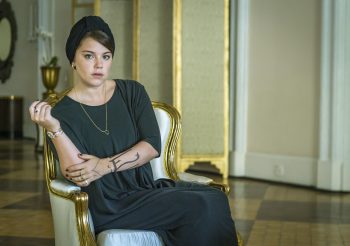 It tells the love story of Jamil and Laila, two Syrian refugees who leave their homeland to rebuild their lives in Brazil. However, they need to overcome barriers and deal with a large-scale plan for revenge before they can focus on one another. After her hand was promised to powerful sheik Aziz, Laila flees the country with her parents and comes to São Paulo. Jamil, Aziz’s godson, is sent to Brazil to bring her back and force her to honor the marriage agreement. However, Jamil falls for Laila and the two decide to marry, triggering the wrath of Aziz, who comes to Brazil to hunt them down. When the sheik is murdered in mysterious circumstances, his daughter Dalila continues her father’s plan for revenge and does all she can to break the couple apart in the belief they are responsible for her father’s death.

The production joins several other Globo shows currently airing on the Bolivian channel, such as telenovela ‘Burning Hearts’, which is broadcast shortly afterwards at 3 pm, and ‘Looks & Essence’, which airs as a four-hour marathon at 2 pm on Sundays. When ‘Orphans of a Nation’ starts airing in Bolivia, Globo productions will be filling 27 Latin American slots.

Recently, ‘Orphans of a Nation’ has also made advances in other regions. It arrived in Eastern Europe and built up a fan base in Albania, where it is broadcast on TV Klan HD, and in Macedonia, on TV Klan. It is also scheduled to being airing on Romania’s Happy channel.