A new survey released today by Netflix and GLAAD  in Latin America found that some of people’s favorite shows are helping to create empathy amongst viewers. Around 70% of Latin Americans said that series like Élite and Sex Education – and characters like Casey from Atypical and Robin from Stranger Things – helped increase their understanding of the LGBTQ community1and bettered relationships with LGBTQ people within their own lives2.

“Given all the polarization in the world today, representation onscreen matters more than ever. Netflix and storytellers around the world have the opportunity to increase acceptance of the LGBTQ community through entertainment,” said Monica Trasandes,  Director of Spanish Language & Latinx Media and Representation at GLAAD. 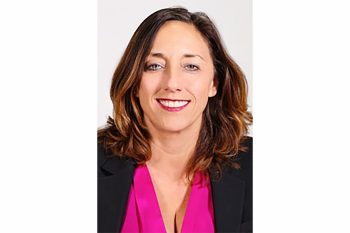 “Shows like Sex Education and Élite are not only great stories, they enable more people to see their lives on screen – increasing empathy and understanding.  The data proves it – more representation accelerates acceptance.”

The vast majority of LGBTQ respondents3 feel entertainment more accurately reflects their community now than it did just two years ago. However, there are still some important areas for improvement in telling meaningful queer stories including more storylines with LGBTQ parents and families and a greater exploration of LGBTQ relationships with family and friends4.

This is particularly important as three quarters (75%) of respondents from the LGBTQ community5 said entertainment has helped their family better understand them.

The survey found that the shows and characters the LGBTQ community felt most seen in were also the most successful in creating empathy among non-LGBTQ members6/7, specifically:

Ready to open your queue and your heart to find more characters to love? Visit Netfilx.com/Pride for a variety of collections of LGBTQ series, movies and documentaries.

Methodology. The survey was conducted by NetQuest in May 2020 and based on more than 6,000 responses. The sample is representative of an adult online population in Argentina, Brazil, Chile, Colombia, Mexico and Peru.

168% of all survey respondents said they watched a show or movie that gave them a better understanding of people who are part of the lesbian, gay, bisexual, transgender or queer (LGBTQ) community and/or caused them to be able to relate more to a member of the LGBTQ community.

273% of non-LGBTQ respondents reported watching LGBTQ characters on-screen made them feel more comfortable with lesbian, gay, bisexual or transgender people they know and/or with LGBTQ people in general

About GLAAD. Rewrites the script for LGBTQ acceptance. As a dynamic media force, GLAAD tackles tough issues to shape the narrative and provoke dialogue that leads to cultural change. GLAAD protects all that has been accomplished and creates a world where everyone can live the life they love. www.glaad.org  or connect with GLAAD on Facebook and Twitter.