Mercado Libre and HBO Latin America announced today a strategic and innovative alliance that, for the first time, will provide premium content benefits to millions of Mercado Libre users in Mexico, Argentina and Brazil. Users of the e-commerce platform in these territories will have two great benefits with this new offer: the ability to subscribe to the HBO GO streaming platform with special discounts, as well as the possibility to do so without a credit or debit card.

As a result of this agreement, Mercado Libre users in Mexico, Argentina and Brazil will be able to access thousands of exclusive HBO titles including the most recent releases, such as drama series PERRY MASON and the acclaimed VERONICA MARS, as well as the most awarded productions of HBO, including GAME OF THRONES, WESTWORLD, CHERNOBYL, SUCCESSION, BIG LITTLE LIES and iconic series like THE SOPRANOS and SEX AND THE CITY, plus successful local original productions from Latin America like JOINT VENTURE, THE BRONZE GARDEN, SR. AVILA, THE BUSINESS, EPITAFIOS and CAPADOCIA. Users will also count on the latest HBO releases including new Hollywood blockbusters and upcoming content such as the new drama series LOVECRAFT COUNTRY, premiering in August.

Sex And The City

In line with the objective of democratizing commerce and online payments, users who subscribe to HBO GO will have exclusive discounts according to their level in the Mercado Puntos loyalty program and will be able to enjoy unlimited access to original HBO productions. Users will be able to register through Mercado Libre and pay through collection networks, without needing a debit or credit card – offering great value for consumers who only handle cash.

Mercado Puntos is Mercado Libre and Mercado Pago’s user loyalty program. Through purchases and payments made through either of the two platforms, users accumulate points and advance in status level, obtaining exclusive benefits and discounts.

“We celebrate this strategic alliance with HBO GO – which represents an innovation of Mercado Libre and Mercado Pago in offering subscriptions of quality content to our users. Through this agreement we are facilitating the access of HBO GO premium content to the Latin American public,” said Sean Summers, CMO of Mercado Libre. 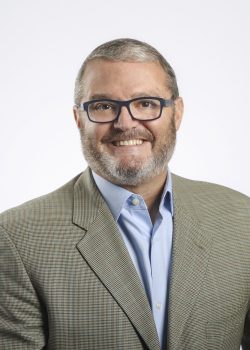 “With Mercado Libre we are expanding the reach to new audiences throughout the region and, at the same time, offering new ways to subscribe to HBO GO,” said Javier Figueras, Corporate Vice President of Affiliate Relations for HBO Latin America. “With this new offer, Mercado Libre subscribers will not only be able to access exclusive HBO GO content directly and quickly, but they will also be able to do so without the need of a credit or debit card.”

The new offer will be available in the countries in the coming weeks. Details of prices and discount levels will be communicated in each country soon.