Mondo TV, one of the largest European producers and distributors of animated content, has announced the signing of a major new contract with Italian broadcaster Rai.

Producer and broadcaster of children’s programming Rai Ragazzi has agreed to pre-buy the animated series Grisù, confirming the strong potential of this new 3D CGI version of the much-loved story of a charming little dragon. The agreement with Rai Ragazzi grants TV rights for a period of seven years from the date of completion for free TV, pay TV, pay per view, VOD and ancillary rights for the Italian territory.

The renown of Grisù as an iconic children’s character, the delightful storyline that inspires the animation, and the pedigree of the team behind the new series have clearly been important factors in this agreement. Mondo TV Group, Toon2Tango and ZDF Enterprises will jointly co-produce the new series, which is based on the classic property Grisù and created by its original authors Nino and Toni Pagot.

The new series of Grisù will consist of 52 new episodes of 11 minutes each and is expected to be completed in the second half of 2022.

This is not only a major sale into an important territory but confirms the strong sales prospects of the new series in multiple territories with best-in-class broadcasters.

The series follows the adventures of Grisù, a brave, positive, determined child – just like the firefighter he wants to be when he grows up. There’s just one problem: he’s a dragon – and when he grows up, he is supposed to be a fire-breathing dragon! This ambition is a theme of all of his adventures – and his positive can-do attitude will give his 4-to-7-year-old audience a little hero that they can identify with.

Mondo TV will work, via its corporate network, with three of its own subsidiaries – Mondo TV Producciones Canarias, Mondo TV France and Mondo TV S.p.A. – to produce the show. Mondo TV will also work closely with its German partner Toon2Tango, the kids’ and family entertainment venture headed up by long-time television and movie industry experts Ulli Stoef and Jo Daris, on the production of the show. Co-producer ZDF Enterprises will be the distributor of the new series worldwide, excluding Italy, France, Spain and China. As part of the agreement, ZDF Enterprises will also play an active part in artistic and creative activities related to the show.

Worldwide L&M rights will be handled by Mondo TV and Toon2Tango via their joint distribution network. Both teams are very excited at this major opportunity: not only to bring to the screen a fresh and original animated series based on an iconic and classic character but to have the opportunity to develop an all-new line of consumer products – inspired by Grisù and his adventures – across multiple categories. 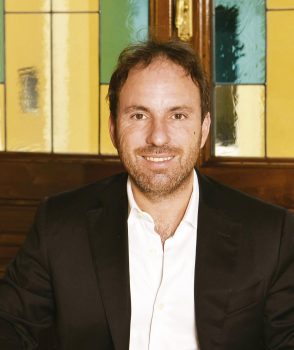 Matteo Corradi, Mondo TV President & CEO, says: “This contract with a major European broadcaster is a strong vote of confidence in the prospects for this new version of a truly classic property – and also in the strength of the team that will bring Grisù to the screen. Our plan is to continue building markets for Grisù ahead of its 2022 delivery date and this agreement will massively boost that aim.”

“We are confident that the iconic character of the little firefighter dragon Grisù, created by Toni and Nino Pagot in the 1960s, will, in this brilliant new version, continue to amuse and entertain today’s children,” says Luca Milano, Director of Rai Kids. “We are very happy to welcome him on Rai Yoyo.”