It premiered on the cable channel ‘Pasiones’ last Monday 21

“We maintain a balance between mainstream programming and the multicultural and international flavor that our viewers prefer.” Francisco Giménez, manager of ‘Pasiones’ 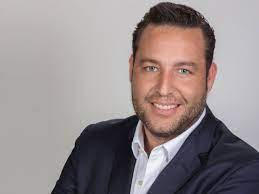 Giménez also said that when they evaluate content, they seek to provide quality entertainment. “We maintain a balance between mainstream programming and the multicultural and international flavor that our viewers prefer.”

Lazos de Sangre is the story of two girls changed at birth, a mistake discovered 15 years later. The revelation will change their lives forever as one of them grew up in wealth and privilege while the other did not. The traumatic truth will bring both families face to face and as a dispute between the mothers begins, a romance is born between the humble mother, Gülseren, and Cihan, the wealthy man with whom her biological daughter has grown up.

The drama, starring Erkan Petekkaya (Tormenta de pasion) and Nurgül Yeşilçay, is one of the most successful Turkish television series to date and is produced by renowned producer Endemol Shine Turkey.

It should be noted that the production is originally titled Paramparça, and has already been broadcast in Puerto Rico “over-the-air” through WAPA Television.