Spain closes at the Tokyo Olympic Games with 17 medals, three of them gold and they add more than 30.4 million viewers on TVE and 1.2 million exclusively on RTVE Play

66.6% of the Spanish population connected with Tokyo through television; while more than 1.2 million watched the Games exclusively on RTVE Play. 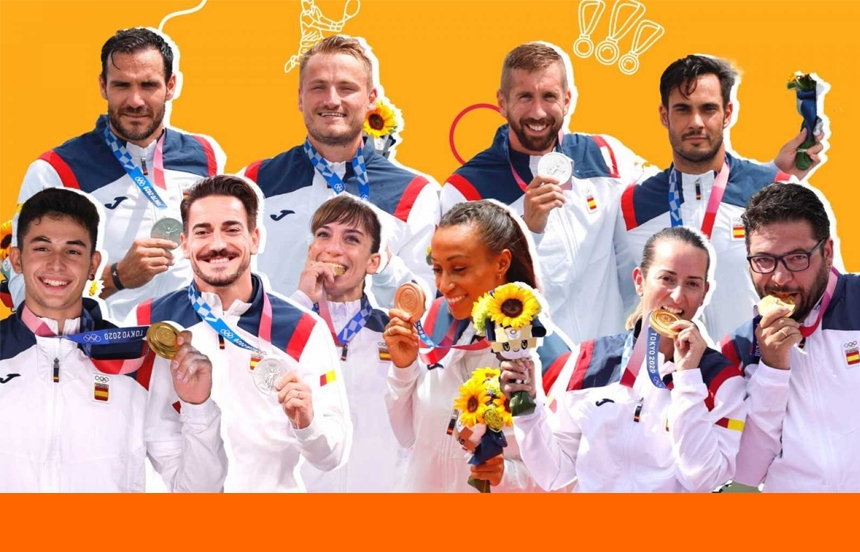 The Radio and Television Corporation RTVE has excelled with a 360 digital coverage in which more than 70 professionals from various areas have worked (RTVE Digital with the RTVE Lab, Sports and News) following both on RTVE and on social networks the news minute by the minute opening a range of experiences to the audiences and fans of the competitions. The management of live shows and on demand content on RTVE Play, creating value-added interactive formats and incorporating analyzes with more than 50 narrators and experts, have been strategies and actions that have captured the audience, bringing important benefits for RTVE.

RTVE Play contributes to increasing the total coverage achieved by television by 4% and reaches younger audiences, according to data from the Cross-media measurement carried out by Kantar. The offer of the JJ.OO. On RTVE Play, it reaches viewers under the age of 17 and from 25 to 44 to a greater extent.

Teledeporte, with almost 391 hours of broadcasting, has registered an average of 182,000 viewers and 3.2%, which have made it the leader among thematic televisions with a growth of 2.7 points compared to its annual average prior to Tokyo.

The videos on demand available on RTVE Play register 5.8 million total reproductions and more than one million total hours viewed. The most watched sports are athletics (1.3 million views), artistic gymnastics (756,000 views) and basketball (583,000), although the most watched event on demand corresponds to the final difficulty of the men’s combined sport climbing, in the that Alberto Ginés took the Olympic gold, with more than 100,000 views.

Nearly 87 million videos (direct and on demand) have been viewed on RTVE Play and RTVE’s social media accounts during the Olympic Games. In addition to video coverage, 3.3 million users have visited news about Tokyo 2020 on RTVE Digital.

<The impact on platforms and RR.SS.>

^ On YouTube, almost 11 million views of Tokyo videos have accumulated and the most watched to date is the summary of the Spain-Ivory Coast soccer match, with more than 681,000 views, followed by Ana Peleteiro’s words to Ray Zapata ( “We are not colored, we are black”), which accumulates about 650,000 views. The channel has added 24,000 new subscribers since the start of the Olympic Games.

^ On Twitter it reaches 1.6 million tweets with the average participation of 40,000 users every day and a reach of 29 million daily users worldwide. 138,000 tweets with RTVE hashtags with which more than 47,000 users participate. RTVE hashtags are trending topic every day of Games. #GraciasPau stands out, which became the number 1 worldwide trending topic on August 3.

^ RTVE gets more than 61 million impressions on Twitter from the official profiles of @rtve, @teledeporte and @deportes_rtve with only Olympic content.

^ On TikTok, RTVE accounts have 30 million views. Teledeporte is the one that accumulates the most consumption (26 million views and 1.6 million interactions), and it is the one that most increases its community with 44,700 new followers, which represents a growth of 246% from the beginning of the games.

^ With 2.3 million viewers and more than 200,000 “likes”, Almudena Cid’s video explaining how to use the rhythmic gymnastics ball posted on Teledeporte’s TikTok profile is the most viewed content and with the most interactions of all RTVE networks.