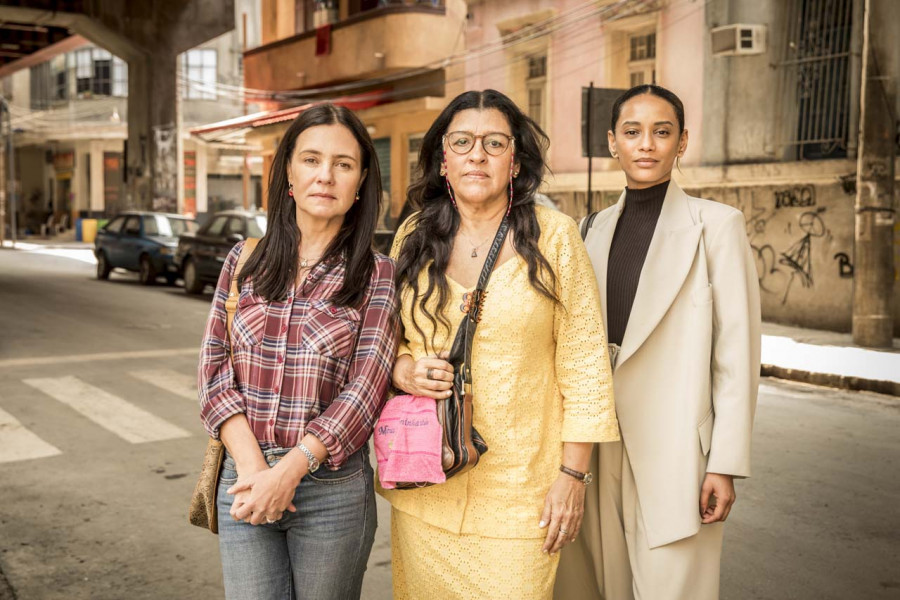 Starting December 21, viewers of UNA TV in Croatia, Serbia, Montenegro, Macedonia and Bosnia-Herzegovina will be touched by the story of three mothers capable of anything for their children

The production that was the audience leader in both Brazil and Portugal is currently on air in countries such as Uruguay and Costa Rica, “A Mother’s Love” premieres on December 21 (Tuesday) on UNA TV, a television company broadcasting to the regions of Croatia, Serbia, Montenegro, Macedonia and Bosnia-Herzegovina. The telenovela will air Mondays through Fridays at 2 PM slot.

“A Mother’s Love” is a realistic and captivating plot written by Manuela Dias with artistic direction by José Luiz Villamarim, that tells the stories of three mothers, Lurdes (Regina Casé), Thelma (Adriana Esteves, ‘Brazil Avenue’) and Vitória (Taís Araujo, ‘Shades of Sin’). Three women with three completely different profiles, living motherhood to the fullest. Despite all the differences that separate them, they will have their lives intertwined forever. The central theme of the telenovela is the mission of being a mother, showing how the day-to-day can be impacted – positively or negatively– by events of life. It is a story on motherly love and what each of the women is capable out of love they have for their children.

Manuela Dias, writer of ‘A Mother’s Love’, tells that the story depicts families and siblings who love each other, mothers who, despite their imperfections, imagine they are doing the best for their children and who, for them, are capable of anything. “What drives the narrative is always the heartbeat of the characters. The telenovela is about love and choices we make at times of despair. Very good people may do extreme things in extreme situations. Actually, I believe we are all capable of anything. Circumstances have a brute force, capable of pushing our characters to the edge. The telenovela is about that limit within the love of a mother for her children”, explains the author.

The telenovela, who was partially shot during the pandemic, was the first production shot at MG4, the new Globo studios opened in 2019, that consolidated the site as the most complex audiovisual production site in América Latina, with innovative facilities still not applied in any other production center in the world.