After the crisis of NATPE as an association and its annual event in the United States, Basic Lead, founded by Patrick Zuchowicki, summons the industry with confirmed dates from January 31 to February 2, 2023, in Miami.

NATPE days before MIPCOM issued a statement assuring that ‘it would not cancel its two events’. But at TVMAS we anticipate what is happening. (See editorial Sep-Oct edition).

C21 for its part announced at MIPCOM the launch in 2023 of a new event in Miami, Content Americas, and another in Budapest, Content East, to fill the void left by NATPE. 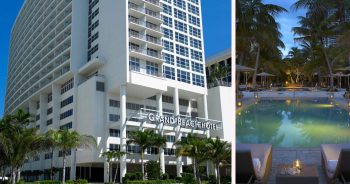 During MIPCOM last week, an event in which TVMAS was present, C21 announced that it was in talks with NATPE to acquire all its assets after it became known that the NATPE association is under Chapter 11 of the United States Bankruptcy Law. Yesterday, after the cancellation of the NATPE event in the Bahamas, jumped on the highway Basic Lead founded by Patrick Zuchowicki, industry leader and recognized for his successful DISCOP market events in several continents and announced dates and place: from January 31 to February 2, 2023, at the Grand Beach Hotel in Miami Beach.

The event will be focused on the industry in Latin America, the United States and the global community of content sales, distribution, co-production and development.

Basic Lead opened the markets in Central and Eastern Europe, the Middle East and Africa. Now installs DISCOP Miami to fill the void left by the NATPE Association.

“Adding the Americas as a new DISCOP destination is part of DISCOP’s strategy to also unite fast-developing creative hubs with the world’s number one entertainment market,” the press release clarifies.

The organization (Basic Lead) says that “a line of communication remains open with NATPE to explore the revival of the brand for future events.” This surely gives peace of mind to the association (NATPE), who ensures a future return soon.

Online registration will open on Monday, November 14. The excess of participants will be accommodated in hotels located within walking distance, such as the Eden Roc and the Fontainebleau.

DISCOP Miami is presented as a “low cost, compact and strictly focused on offering well-prepared face-to-face meetings between buyers, distributors, producers and marketers. And the most important thing is that the event is backed by an expert group for 25 years, for the maximum personal success of each participant”, emphasizes the organizing group, Basic Lead.

The challenge for the industry is that companies will have to choose between one event and the other. If it is that C21 announces dates and place as soon as possible. Who will get the appetizing and provocative [cake] market event in Miami and in Budapest? | Amanda Ospina