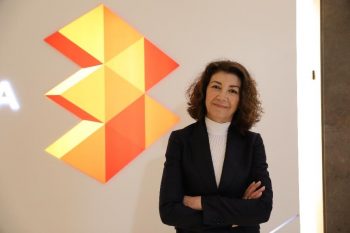 The linear TV channels of Atresmedia Internacional — Antena 3, Atreseries, Atrescine, and ¡HOLA! TV — will close out the year with 65 million households worldwide, which represents an increase of 13% compared to 2021.

For Mar Martínez-Raposo, general director of Atresmedia Internacional, “Achieving such significant growth, despite complicated market conditions, demonstrates the strength of our broadcasts and is an indisputable sign of the high demand for linear channels, as well as the trust that pay TV operators place in us, as they are redoubling their commitment to Atresmedia Internacional to become their partners and help them adapt to the challenges and consumer habits in a context of extremely high competition”.

Among this year’s agreements, which will allow Atresmedia Internacional to close the year with double-digit growth, we can highlight our reach with YouTube TV in the US which demonstrates the ever-increasing interest in Spanish-language content.

In 2022, the content offer of the Atresmedia Internacional channels has stood out for its continuous renewal with the release of formats such as “Joaquín, el novato,” starring La Liga’s most charismatic soccer player; new editions of “La Voz España,” which has a tremendous following; as well as the launch of successful series such as the dystopian “La Valla” or “Atrapa a un ladrón,” which is a remake of the Alfred Hitchcock classic, and the dramas “Orgullo y Pasión” and “Huérfanos de su tierra”.

Furthermore, ¡HOLA! TV is unrivaled when it comes to reporting on the most important events surrounding royal families around the world, as it has demonstrated with a special program following the majestic funeral of Queen Elizabeth II.