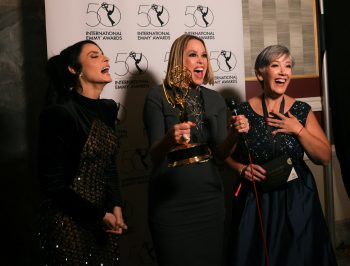 The 50th International Emmy® Awards Gala took place Monday night in New York.  The event, which presented awards across 15 international categories, included the participation of on-camera talent and television media industry executives from across the globe.  “We are incredibly proud and grateful to the entire cast, crew and Telemundo Global Studios staff that brought this production to life,” said Karen Barroeta, EVP of Production and Development at Telemundo Global Studios. “This recognition reaffirms our commitment to creating cutting-edge content for the entertainment of US Hispanics and audiences around the world.”

Filled with intrigue and secrecy, Buscando a Frida centers around the idyllic Pons family and how their lives unexpectedly change after their eldest daughter, Frida, goes missing the night of her father’s birthday celebration. During the investigation, numerous family secrets and lies start to unravel, exposing a family that is far from perfect. What ensues is an enthralling whodunit thriller with sharp twists in every episode that will leave viewers questioning everything and everyone in the story.

Buscando a Frida is an adaptation of Pablo Illanes’ 2009 Chilean drama ¿Dónde está Elisa? (Where is Elisa?) which was remade by Telemundo in 2010, becoming the most watched US Spanish-language series in its timeslot. Additionally, Telemundo’s version of ¿Dónde Está Elisa? was distributed in more than 30 countries, including Latin America and over eight international adaptations, reaching top of the charts in numerous markets worldwide.

Buscando a Frida was one of four Telemundo shows nominated in this year’s Non-English Lanuage US Primetime Program category. Telemundo swept nominations in this category, with Buscando a Frida; Malverde, El Santo Patrón; La Suerte de Loli and the 2021 Latin American Music Awards. 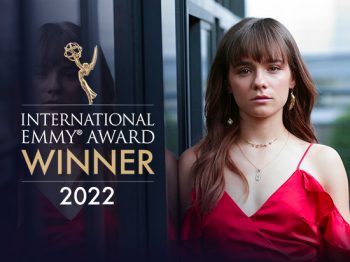