The Brazilian group is heading to the Asia TV Forum (ATF) event that will take place in Singapore, after being the protagonist in the last MIP Cancun held in Mexico.

The giant that produces, broadcasts, and exports audiovisual content, GLOBO, has had to turn around its traditional businesses and lead the company to new business models that are supported via the Internet and that require greater challenges.

The Brazilian group is going with its offer of content and business models to the Asia TV Forum that will take place in Singapore from December 7 to 9 and after being a protagonist in the MIP Cancun, also carried out by the RX Group, seeks to place its productions in the different windows, co-production agreements and alliances both with the world’s streaming giants and with medium and small players in the market. 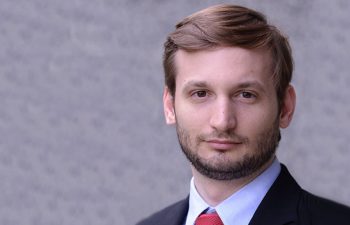 “In Cancun we presented a diversified catalogue, with Globo productions such as Globoplay originals, basically series, miniseries and telenovelas. We will have the launch of Travesía in January of next year, which is the novel by Glória Perez that is currently on Globo, in the primetime of open TV in Brazil”.

He said that they have a presence with digital players. “We have a content package on HBO Max; the negotiation with Paramount Plus; With VIX, we have products in both the SVoD VIX+ and the AVoD VIX, with a fairly extensive package of titles that are doing very well. We also have an agreement with Pluto and others already defined with which we will close an agreement in the coming months. And aside from that, we have all of Globo’s historical local partners in each country that continue to broadcast our content throughout all of Latin America.”

Finally, he said that “We recently announced a co-production of six 45-minute episodes with the Portuguese RTP, SPI and Globoplay inspired by the best seller El Códice 362. A production that we just recorded in October in Lisbon and Rio de Janeiro and will be available in the first half of 2023.