TVMAS spoke with the Image and Advertising Director of Grupo Televisa, about Gala TV,  the new image of Galavision offers a radical change in image, sound art and programming and various areas of the company were involved. 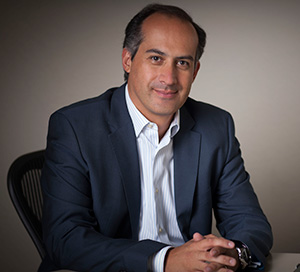 Galavision becomes GalaTV a modern image in order to become a true Network. This affirms Carrandi to TVMAS, noting that “the change was necessary and important, supported by more and better content to enhance the audience and offer to advertisers.

The program achieved a major change with the introduction of products such as Univision’s, in the morning Despierta America, three Televisa Networks unitaries and productions generated locally by the affiliates of Televisa. Furthermore, premiered in prime time the Telemundo telenovela, La Patrona  establishing high ratings in the United States.

“The channel has two major anchors, national and local newscasts. These last ones we are unifying through the network of correspondents to strengthen them, although this effort has many implications and challenges. The other is the programming of the Telemundo product that has been well accepted in the past four years. The challenge is to supplement this content with something more articulate and coherent with the audience.”

And what is the business strategy? Since the 4TV signal change, which was a local channel to a national landmark as ForoTV, knocked out this window to many advertisers who had these local guidelines. The executive replied, “Part of the strategy is to give back that window and not set them aside.”

Finally, Carrandi stated that the immediate objective is to strengthen local production of news as well as set the audience with the new bar that is complemented by Telemundo. “The idea is to measuring programming that we incorporate either from our partners or give play to the local productions that are part of a great job and deserve more support,” concluded the Image and Advertising Director of Grupo Televisa.