The renowned journalist, joins the company as part of its growth strategy 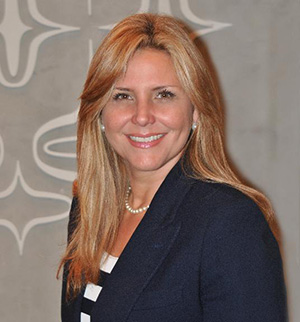 With over 15 years of experience in the world of journalism, strategic communications and marketing, the Venezuelan is considered one of the best announcers of her country, having been nominated and honored with multiple awards for her work, including a Iberoamericano de prensa in the year 1995, three Venus de la Prensa(’91, ’92 y ’93) as Ancla de Noticias and one Mara de Oro as Revelacion TV announcer, to name a few.

“It’s a real pleasure to have a woman as professional, humane and intelligent as is Maria Elena Useche in our group, precisely now that the company is facing a year of great challenges and achievements”, asserted Carlos Mesber.

Graduated from the Universidad Central de Venezuela with a degree in Mass Communications, Useche also is a top technician in Product Positioning of the Art Institute of Fort Lauderdale, Florida and finalized sucessfully the Leadership program “Women on the Move” of Florida International University.

In her resume, has excelled in different areas of communications in function of reporter, producer, presenter, contents analyst, Programming Manager, and News Director on networks such as Venevision, Televen, Globovision, Venezolana de Televisión and Galavision, plus having experience as a radio announcer in stations as Radio Capital, Kiss FM and Unión Radio.