TVMAS spoke with the director of communications Grupo Imagen Multimedia, about the growth in contents of Cadenatres and the battle to consolidate as a network 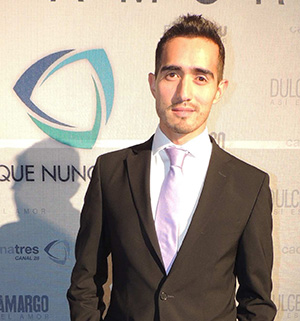 With over 600 hours of production created by the hands of ArgosTV, Cadenatres of Mexico retakes its relationship with the production house headed by Epigmenio Ibarra through Fortuna, the new network TV series which opened last April in primetime. This new production comes to readjust the channel’s programming, with the aim of creating a constancy of contents and strengthen the schedule after the small reception of Dulce Amargo, telenovela co-produced by Televen and Cadenatres.

“Fortuna is the time we are retaking the relationship with Argos, which we have not broken at any time. With Epigmenio we will continue working as long as there are good quality proposals like those we have presented. In the case of Dulce Amargo we are happy and it’s not a corporate response, it seems that despite the difficulties of the project and did not worked as we expected, doing so from outside left us a great learning experience.”

Bastida ensures that they are looking for their own label and not a shared one. “Like any teenager, we want to mature and have our own label, which needs to evolve and not be just a face that is not only about Argos and Caracol. Advertisers already rely on the Cadenatres product, not as at first when they would bet only if such a producer or actor was there,”

“The executive highlights the importance of co-productions to seek channel growth; they are currently preparing two more projects with Televen after Dulce Amargo also with MTV after the conclusion of the telenovela Ultimo año.” He also mentions that they are open to proposals from large and small producers, although they have advanced talks with Estrella TV to enter the Hispanic market. “We have talks with Estrella TV to develop products, it is a rapidly growing network in the Hispanic market and I think we have some similarity with them”.

Finally, the communications director for Grupo Imagen Multimedia stressed that they continue to work and fight to become the third national network in Mexico. “We will seek the bid, I think it’s the most natural step and you have to prepare yourself for it and know the time that one must do it in,” concluded..

It should be noted that Cadenatres productions is developing a strategy for social media advertising since its launch until the end of these with excellent results. Besides they are the first to transmit through YouTube their productions next to the TV signal.