As of this week Google will offer a paid subscription service of up to 50 TV channels, on YouTube, viewers can subscribe to each channel from $1.99 to $5 a month. 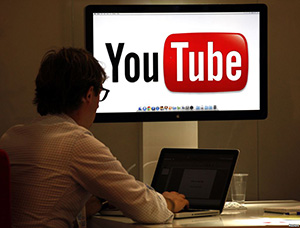 In the past 18 months the video platform invested about $ 200 million for its new digital offering, will fund a wide range of contents and adding a second source of income from those who they receive for advertising. Then, channel owners will be able to produce different contents, such as television programs and movies, but also seeks to attract the so-called content producers to improve the quality of their channels.

To date, companies like Discovery, Time Warner and Dreamworks Animation have partnered with YouTube to channel their contents, while the 100 leading U.S. brands listed as major advertisers.

The advertising revenue on digital platforms, according to eMarketer quoted by the Financial Times, will increase from $2,930 million in 2012 to $4,140 million this year, but still only 2.4% of the total. YouTube has invested nearly $ 200 million in the past 18 months launching these channels, but also has been able to capture all of the top 100 brands in the United States, according to Advertising Age, have been become advertisers.