TVMAS was part of the 20 year festivities of Cartoon Network, where the director of the channel highlighted the beginning of a new stage 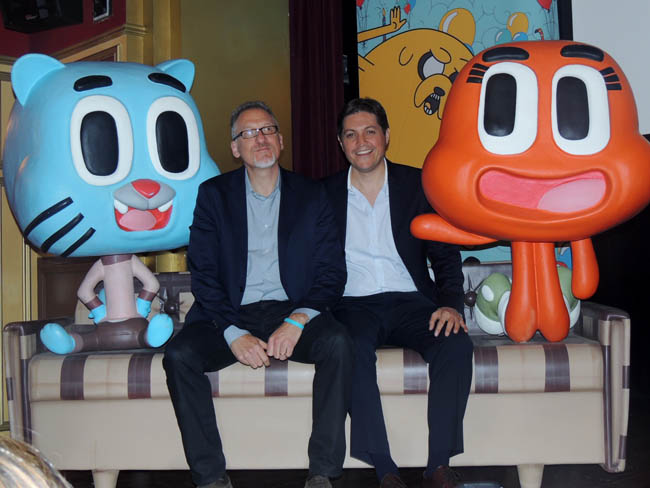 In this past April 28 in a well-known amusement park in Mexico City, the Pay TV channel Cartoon Network, celebrated its 20th birthday with a large deployment of outfits with the iconic characters of the channel, as well as a musical performance by Esperanza Azteca Symphony Orchestra, which performed songs emblematic of the main channel animations.

“We are proud to celebrate 20 years of life. Since the birth of the channel, we always bet to bring our audience the best entertainment, and over the years we have managed to harvest a comprehensive list of successful and renowned shows that reinforce our leadership position in the market,” said Barry Koch, CEO of Cartoon Network.

Koch added that for the next decade they visualize a new stage and reach other markets such as Asia, as well as to bet on local products in Latin America as the series La CQ. Also, we hope to strengthen the family bond in activities such as Carrera Cartoon, which was born in Mexico and expanded worldwide.

For his part, Paul Zuccarino, VP and general manager of Cartoon Network Latin America, said: “Cartoon Network is not just a TV channel, is a multiplatform experience accompanying children in their day to day to interact with their favorite characters through television, computers, mobile tablets or mobiles”, concluded.

The channel’s history starts in December 1991, when Turner Broadcasting System, Inc. acquired the company Hanna-Barbera Entertainment Co., and launched a year later the first channel dedicated to cartoons in the United States. In 1993, Cartoon Network comes to Latin America in Spanish and Portuguese, becoming an icon of the animated series.