In December, the TDLC (Tribunal de Defensa de la Libre Competencia) in Chile limited the option of offering fixed and mobile telephony, broadband and TV together to households 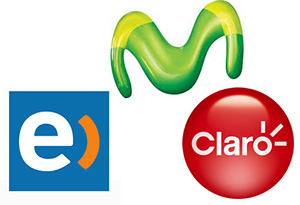 From 2014 all the country’s telecommunication companies will offer plans for fixed and mobile services to their customers, in bundled form. Today they are only entitled to use that mode with fixed telephone, fixed broadband and Pay TV.

The change will allow inclusion to that offer mobile broadband and mobile telephony, which involves offering four or five services jointly. And it’s not something the government has established or an agreement between the companies, but it allowed a ruling by TDLC in December last year.

In its opinion, known as the fault on net/off net (calls made on the network of a company to another) – the court identified six conditions to companies offering jointly telecommunications services (bundling).

The last one specifies the statements govern until the time the provision of data transmission services 4G has started in every one of the coverage areas defined in the concession decrees. “When that happens, will immediately void without an express declaration by this court,” says the report.

As Entel, Movistar and Claro will have deployed the 4G or LTE network in 2014 in the country, as pledged in the 2600 MHz spectrum tender, next year all telecommunication companies can offer their services on the same ballot.

This, regardless of whether they deliver to its customers 4G technology. Therefore, in the industry it’s believed that the ruling favors companies like VTR and GTD.

VTR’s commercial VP, Christian Ariztía, noted that “the court’s ruling was good news, because it recognizes a trend that is occurring throughout the world: companies are mutating 4Play (bundling four services) to take advantage of benefits of fixed-mobile convergence. In fact, in almost all Latin American countries, including Chile, Claro and Movistar are present, two international operators have fixed and mobile networks. Indeed, to face competition that will generate about bundling 4Play services is that it was essential for VTR to enter the mobile business so we can compete these fixed-mobile operators”, he explained.

Patricio Cáceres, Director of Strategy and Regulation of Movistar, shared that “we are preparing the business offer and systems needed to pass this new bundling stage in the mass market, now also with mobile services, as of March 2014. “

Today the industry can offer companies tied fixed and mobile services, because the TDLC only made it a condition rather than offering to individuals. In any case, the general instructions of the TDLC may be modified by the Supreme Court, which accepted it for processing the claim lodged by the enterprise “Tu Ves” in this case.