The online platform signed a deal with DreamWorks Animation for several years to add 300 hours of animation programming format from 2014. This partnership will result in “the biggest TV network online”, the statement released by Netflix.

DreamWorks is looking to expand its television production and distribution worldwide through this agreement, meanwhile, Netflix is trying to win new subscribers with original series like House of Cards,starring Kevin Spacey or Turbo: FAST series based on the DreamWorks Turbo, upcoming film which opens in December.

On the other hand, Jeffrey Katzenberg, executive director of the animation department, said this is a deal “unprecedented.” “Netflix is a visionary company that is redefining the way the public sees on television and it’s exciting to join them in their time of growth,” concluded the executive. 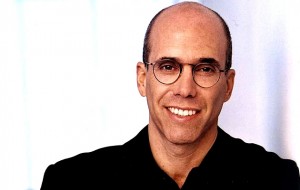 Jeffrey Katzenberg, executive director of the animation department of Dreamworks