ALL3MEDIA International, on behalf of its sister company Studio Lambert-licensed the format for local production of the show through a leading national broadcaster, thus the number of licensed territories reached 18.

The company closed the agreement with Dragon TV working closely with representatives of CMM-I.

Furthermore, the full version of the series was also sold in CCTV2 of China.

Stephanie Hartog, EVP International Formats at ALL3MEDIA International, commented: “We are delighted to be working with one of the leading Chinese broadcasters, and we are pleased to increase our business partnership with Dragon TV and Shanghai Media Group in a new genus for China.”

In the other hand, Florian Fettweis added representing CMM-I: “We are excited to see the principal non-studio format inroads into China. We are optimistic that the Chinese version of ‘Undercover Boss’ will not only be a great show to inspire audiences, but also has the potential to open a new era of formats in China, where the non-studio find its way into the market.”

The format – already airing on more than 200 territories and has local formats in Canada, Australia, Denmark, France and the United States proposes that bosses slip anonymously into the lowest ranks of their workplaces to find out what that is not working and what your employees really think of them, in an experience that will give them a new look for themselves, the company and the spirit of their work force. 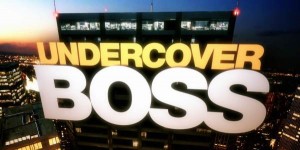