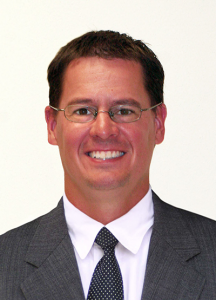 NEEDHAM, MA and LA CROSSE, WI.  Echo Bridge Home Entertainment has promoted Nathan Hart to President; it was announced today by Michael Rosenblatt, Chairman, President and CEO of EBHE’s parent, Echo Bridge Entertainment. In his new position, Hart will oversee all financial, sales, operations and acquisitions decisions and will work to maximize the future growth of the company.

“Nate has made enormous contributions to Echo Bridge Home Entertainment in his eleven years with the company,” said Rosenblatt. “We view Nate’s new role as an opportunity to continue the great work he has already accomplished.”

Joining Echo Bridge Home Entertainment in 2002 as Chief Financial Officer, Hart has most recently served as the company’s Co-President. In his time with Echo Bridge, he has overseen a series of strategic initiatives to maximize the company’s extensive 3500 title catalog, including the licensing of over 250 Miramax titles for domestic DVD distribution, as well as the extension of EBHE’s direct distribution relationships with virtually every major retailer in America.

Hart brings over 15 years of accounting, finance, and operations experience in the manufacturing and distribution industries. Prior to joining Echo Bridge, he served as Regional Operations Controller for the Dr. Pepper/7UP Bottling Group.