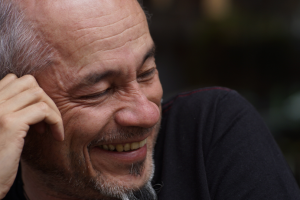 TVMAS maintained a dialogue with one of the experts on television in Colombia. The journalist, analyst and professor * Omar Rincon.

What is the current reality television in Colombia?
No surprises for lack of jurisdiction. Two channels that do the same and do not care about winning or losing because they are the only two . Little narrative innovation, much abuse to the viewer with the schedule changes.

What about fiction?
Three products stand out: the narcos, and two new works in the old style: Alla te Espero, (RCN) and La Seleccion (Caracol ).

How do channels compete in the day time and in primetime ?
They do not compete. There is no counter programming or alternative. If one does comedy the other also … and so are repeated .

What have been the telenovelas and high quality series in 2012 and so far this year ? And how has the audience responded to these products?
In 2012, Escobar el Patron del Mal and El Capo. In 2013, Los 3 Caines , Alla te espero and La Seleccion.

In what manner has Open TV been impacted by the consumption growth of pay TV?
Consumption of Open TV has dropped. The ratings are around 10 points, but is because of its poor quality. The TV by subscription has no diversity, operators offer the same and does not generate identity, that’s why it doesn’t grow. Internet TV viewing is more seen, there are no new contents, but new ways to watch TV.

What are the contents producers for digital platforms and which products have excelled?
In Colombia in web.tv  there is little and the channels are not interested in creating this offer. Caracol is seen by web but nothing more.

Rincon says both channels broadcast foreign telenovelas and the ones of RCN are virtually all from Televisa. : “The public is getting bored by the low and poor offer and go to other enjoyments. More and more internet and the social networks pressure advertisers when they support dubious moral products as Los 3 Caines.”