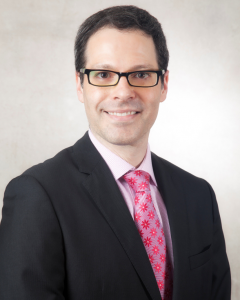 “Since assuming the position of CEO of Venevision in 2011, Jonathan exceeded the assigned responsibilities, providing a new and innovative perspective to the production, transmission and distribution of contents, and thus, maximizing advertising revenue, market share and increasing the value of the enterprise. Now as President of Cisneros Media, we’re sure he will succeed in linking the means in expansion of the Organization and the interests of the entertainment sector to create a  global provider of contents for all platforms of today and tomorrow,” ensured Adriana Cisneros

As President of Cisneros Media, Jonathan Blum will spearhead a division that will include open TV, Pay-Tv, production, content distribution, music and beauty pageants companies. This division includes Venevision, contents producer and leading channel in Venezuela; as well as Venevision Plus, VmasTV and VePlusTV, the cable channels throughout Latin America and the Caribbean; and the Miss Venezuela Organization, which has a record six Miss World crowns and six Miss Universe.

“The success of our mission is ensured through greater synergy between our business units and the commitment and integrity of our employees, and I am proud to be among them,” said Blum.

Blum earned a Masters in Business Administration (MBA ) at the  Instituto de Estudios Superiores de Administración (IESA) – (Institute of Superior Administration Studies) in Caracas, Venezuela and participated in the exchange program with the London Business School in England. Is a Civil Engineer from the Universidad Metropolitana in Caracas.