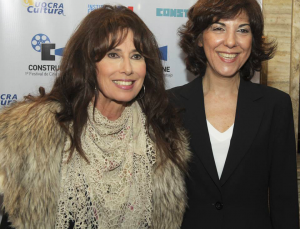 Construir Cine is the first film Festival about work, organized by Construir TV, sponsored by UOCRA Cultura and supported by the Instituto de Cinematografía y Artes Audiovisuales – (Institute of Cinematography and Audiovisual Arts (INCAA) and the French Embassy. Born with the goal of gradually becoming, from its first edition, a mirror of social content and international projection, combining quality entertainment with thematic that invite debate, focusing on the work world and of workers. The Festival was invited to join the Global Labor Film Festival 2014.

The Festival takes place in the country because Construir TV like UOCRA Cultura is Argentine organizations and we are betting on the national culture and the dissemination of quality cultural products with a social conscience. In addition, we bet on our commitment to labor issues.

What kind of films will be participating?

This cinematographic sample has a prestigious and diverse programming of national and foreign films, which tell stories inspired at work and labor solidarity. Throughout the week there will be debate talks held with the Directors of national films, moderated by Jean Pierre Garcia, critic and film historian.

The vast majority are domestic films, with Directors and casts that come from our country, reflecting our context and our reality, always related to work. Only one of our projections, “The Snows of Kilimanjaro” is of French origin, directed by Robert Guédiguian, which shows the daily union life and political activity.

In Arlumar an auto parts factory, workers resist to lose their only livelihood. Juan is one of those employees who are not paid for month’s wages. His pregnant wife and his debts make him see a very black future. Slowly, taking control of their desperation, Juan and his companions begin to organize to continue operating the company abandoned by their owners. So they take the heavy pathway to build a company without entrepreneurs, it is directed by Argentine, Ricardo Diaz Lacoponi. Other interesting titles are La Demolicion (2005) directed by Marcelo Mangone, Pyme (2004) directed by Alejandro Malowiki of Argentina, Recursos Humanos (1999), He is on Duty (2010) of Korea.

On Monday September 30 will conduct a Master Class with French critic and film historian Jean-Pierre Garcia and expect that during the festival more than 3000 people invited to the opening, the Master Class and the two daily shows held throughout week participate.