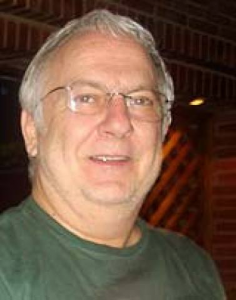 Renowned Venezuelan writer, screenwriter and producer dedicated to the telenovela genre. Creator of stories like El rostro de Analia, La Tormenta, La Traidora, La Venganza and Maria Fernanda, among others. Adapter of his telenovelas which he implemented in the 70s decade for RCTV, Venevision and Marte Television in Venezuela, for Caracol TV in Colombia and more recently for Telemundo and Televisa networks, manifested in this interview to TVMAS being disappointed with the direction this genre has taken due to the policies of the industry today.

“The future of contents, thanks to a free trade agreement, is a matter of market and revenue of the entrepreneurs engaged in the production of this genre. And know how to extract the best possible economic advantage, but conceptually, the telenovela genre has gradually evolved into one product. It’s nicer , produced with better technology and greater financial resources, but has lost charm, professionalism, expertise, quality of argument and thematic variety.”

These arguments were supported by the writer as a speaker of the V Summit of the Telenovela and Fiction Series Industry, held in Barcelona, Spain, in 2007 and Olivieri ensures that, since then, the artistic element situation has been steadily deteriorating: “From the same script, which in a high percentage are adaptations of works that were successful at some time and is now, in the hands of low budget scriptwriters but without narrative knowledge, serving high-budget producers, have become a succession of repetitions of boring scenes that no longer move anyone and all build on the lower feelings of the spectators.”

The writer believes that “hence the increase in issues related to crime, drug trafficking, prostitution and other unfortunate prints of our decadent society. Telenovelas resembled more to dreams, to romantic and sentimental aspirations of the people. Now, reflect violence, vanity, superficiality and stupidity. The telenovela, which should look increasingly to literature and hope to one day look like good literature, today seems inspired by the red pages of the worst newspapers.”

“Only Televisa and partly Azteca, of Mexico, consider the telenovela a spectacle for the whole family, so a mother or a father, is not ashamed that their children share as family while watching TV. The industry has overturned on the public and invaded home privacy and the respect it deserves, taking advantage of the morbid vein we all have in little or great extent, to exploit the worst aspects of the human being, keeping the audience startled caught in between commercial breaks. Competition amongst channels in different countries use the minds of young people, children and all kinds of people like a battlefield, regardless of schedules or contents,” highlighted.

“This added to the few formed actors found in the industry and the infinite chain of bad directors and producers who are more money managers than anything else, the genre has become a lewd and tasteless showcase, devoid of anything art, with the exception perhaps of photography in some cases or art direction that, by dint of dollars, can be put on the screen,” denounced the writer.

Olivieri’s stance against the genre is that “the industry has become a simple money making machine and often irresponsibly,” concluded.