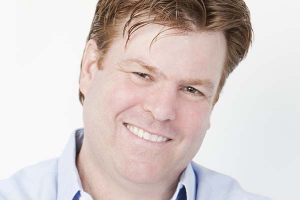 Zodiak Americas announced the rebrand of Zodiak USA as Zodiak Los Angeles and the appointment of Tony Yates as Chief Executive Officer of the new entity. Zodiak Los Angeles will be the new Los Angeles non-scripted production based in the West, where Yates will oversee a program listing that includes; “Secret Millionaire” (ABC), “Celebrity Wife Swap” (ABC) and “Killer Karaoke” (truTV). The executive will report directly to Jonny Slow, Chief Executive Officer of Zodiak Americas.

“Tony has over two decades of television experience, from syndications to string formats for cable docu-series. His production experience and his incredible relationships with the community and the rest of the Zodiak group make Tony an excellent choice to lead Zodiak Los Angeles in its next growth phase.”  remarked Slow. Meanwhile, Yates added: “Zodiak has a great opportunity to expand its presence in North America. I am excited to be working with Tony and the ample Zodiak Americas team as we expand to other genres and include live events, increasing our efforts to organize and linking us in partnerships with third-party companies.”