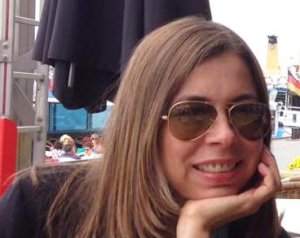 Literally, hands, ingenuity and experience of Cecilia Percy brought to U.S. screen series as “A Corazón Abierto” ( Grey ‘s Anatomy) in which worked on the adaptation and writing 160 chapters to air on RCN and currently “Brothers & Sisters” versions thanks to the work of the journalist in adapting foreign series have captivated the audience Colombia. Talked with TVMAS about the future of televisions in the midst of technological advancement, traditional media and challenges for adaptation.

What do you envision for the future of content in the process of evolution of media and ICTs?

I think that, indeed, the future is in TIC. A growing population has access to them and that represents an audience of almost limitless proportions. It is also, a great opportunity to handle contents, depending on the platform you are using.

What is the main challenge for a writer in the current market reality?

The main challenge is to adapt to the different languages ​​. The TV contents can be more explicit and extensive. For other computer formats as mobile or computers you must write more agile. Being able to say a lot in a short time, as the audience has more and more options and you have to be forceful in the messages.

I think that in Latin America, although it is been worked on, we are still far from achieving it.

What are the challenges in adaptations and how can a writer stand out against the contents supply growth?

The challenge is to accommodate a foreign product to regional idiosyncrasies looking for meeting points. Stories, universes and characters with whom the audience can identify with. More than adaptations, we should talk about versions. We must keep alert to new trends increasing your audiovisual culture. However, in this scenario, you should always remember that “a good story will always overcome technical or culture  hurdles,” she said.

Cecilia Percy is an experienced writer of other formats such as reality shows, documentaries and telenovelas. Professor of script for more than eight years in the Universidad Javeriana and teacher of script adaptation for series in Audiovisual Communication degree from the Universidad de la Sabana in Bogotá. Will be part of the speaker’s panel who will be at the VI Ibero-American Writers in the XI World Summit of the Telenovela and Fiction Series Industry, to be held on November 13, 14 and 15 in San Juan, Puerto Rico. Her lecture is titled: ADAPTATION: A NEW LANGUAGE FOR TELEVISION.