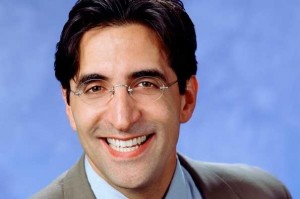 The announcement was made by Peter Iacono, Managing Director of the company at international level. The executives will represent the current catalog of 30 television shows in 20 U.S. networks, along with new shows for the Italian market. The company’s international distribution of television programming doubled in the past two years to more than a thousand episodes.

“While we continue to build our programming catalog, we are pleased to appoint experienced local agents fully familiar with the Italian market to manage our growing catalog. Faruk and Gabriella are qualified to represent us in Italy and the Italian market will bring several new shows, including the miniseries recently announced, ‘Houdini’ and other award-winning dramas” said Iacono.

Meanwhile, Ballabio and Alatan added: “We are very proud to be part of the Lionsgate family. The company has proven to be one of the most innovative producers, creative and talented of the market, and we are very happy to join this wonderful team of distribution.”

The catalog includes a listing of titles like “Houdini” with Adrien Brody and Kristen Connolly, “Satisfaction”, a comedy about a group of friends who are going through a transitional phase,”Anger Management” with Charlie Sheen in the skin of a therapist specializing in anger management, “Mad Men,” about a group of advertisers in the 60’s, “Nashville”, where three artists strive for leading country rankings, and “Orange is the New Black”, about a young woman who is sent to prison for a crime committed 10 years ago, in addition to the comedy “Weeds” and the drama “Chasing Life”, created in partnership with Televisa.