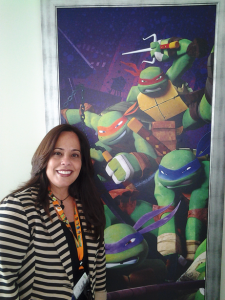 In this new role, will be responsible for overseeing the strategic positioning of the Networks content on-Air and identify new promotional opportunities, programming formats and acquisitions for the four brands of the network in the region: Nickelodeon, Nick Jr., Nick HD and Nicktoons. Additionally, Silva will be responsible for the daily schedule of the channel and will be the main link between the chain and the International Programme Council Nickelodeon (IPC, for its acronym in English).

Her innate abilities to program planning, eye for acquisitions and passion for the Nickelodeon brand, led her to this position. And it is that they are 16 years on Nickelodeon Latin America. She began her career as Programming Coordinator in 1997 and has since held various positions upwards in hierarchy. More recently, Silva served as Senior Director of Programming and Acquisitions, a role in which she played a key role in the planning, programming and success of programs including iCarly, Big Time Rush, Victorious and local productions as Grachi, among others.