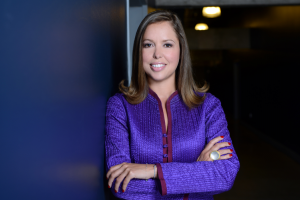 Karen Barroeta, International Cable SVP and General Manager of Telemundo Internacional enthusiastically announced the signing of an agreement with VC Medios to enhance sales in the region, maximizing the positioning both in Venezuela and in Ecuador and Colombia. It’s an exclusive representation for advertising sales of its pay-TV channel in Latin America in the territories of Colombia, Venezuela and Ecuador, as of January 1, 2014.

As part of the launch and promotion activities of the channel from the alliance, Telemundo International integrates 17 channels to be presented during the Pre-Sale event Upfront 2014, which ​​VC Media and its affiliated channels will execute in Playa del Carmen, Mexico, from October 14 to 18, 2013.

In Upfront 2014, will be bringing together more than 300 representatives of the publicity industry and advertisers in Latin America, Telemundo International will present its programming offer and the channel’s exclusive talent.

Telemundo Internacional signal in Latin America, which includes telenovelas and entertainment programs produced with high quality standards, has over 11 million subscribers and is positioned as one of the leading pay TV channels in strategic countries of the region.