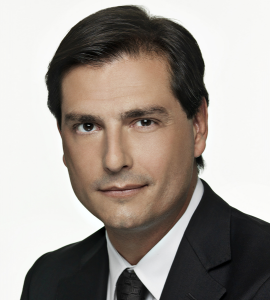 TBS veryfunny, the movie and series channel dedicated to comedy, announces the acquisition of bradcasting rights for two new series that will air after the first quarter of 2014: The Millers and We Are Men. The signal closed the broadcasting deal with CBS Studios International.

The announcement was made by Felipe de Stefani, senior vice-president and general manager of Turner trend channels, which said: “With the acquisition of The Millers and We Are Men, we are expanding the catalogue of TBS with a large dose of humor, which reinforces our commitment to deliver a program that ensures that the audience values as the best alternative of humor in pay TV,” said de Stefani.

Significantly, The Millers and We Are Men, have not yet been released in the United States and represent one of the most important wagers of CBS for the American market in terms of comedy.

The Millers is a comedy from Greg Garcia (Rasing Hope), directed by James Burrows (Cheers) and staged all the talent of Will Arnett(Arrested Development), who plays Nathan Miller, an itinerant journalist raring to live life after divorce.

In We Are Men, what can four men have in common besides sharing the same apartment complex? To all, love has failed them and laughter is the best therapy found to overcome their troubled hearts. The story focuses on Thomas Carter (Christopher Nicolas Smith,Paranormal Activity 3), the newest of the group and moved in after being left at the altar in the middle of the ceremony.