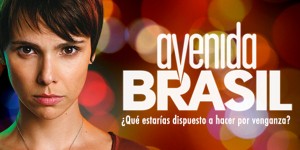 Globo will be present at MyContent, the main international fair for entertainment, content, and the media market in the region of the Middle East and North Africa. On the 18th and 19th of November, sales executive Rodrigo Vilela will show to the market all the productions of the Brazilian broadcaster available in its 2013 catalog. The highlights are the International Emmy nominee ‘Brazil Avenue’, the seductive ‘Gabriela’, the touching ‘The Life We Lead’ and ‘My Dear Handyman’.

A global phenomenon, ‘Brazil Avenue’ has already been licensed to 27 countries in the region. With a dynamic and modern rhythm of a mystery thriller, it tells the saga of young Nina (Débora Falabella, ‘Little Missy’), who fight to recover the life her terrible stepmother Carminha (Adriana Esteves, ‘Belíssima’) stole when she was still a child. ‘Brazil Avenue’ is Globo’s licensing record holder: it has been licensed to 124 countries and versions have been made in 17 languages such as Spanish, English, Greek, Polish, and French. In Brazil, the telenovela attained a 69% share (source: Ibope).

Another super production which promises to enchant programmers and involve audiences is ‘Gabriela’. A remake of a great success of 70 television drama, it is inspired by Jorge Amado’s novel “Gabriela, Clove and Cinnamon”, in a format licensed by Warner Bros. International Television Production and produced by Globo. In Brazil, the story’s final chapter of the young migrant who captivates everyone with her naïve yet provocative sensuality attained a 58% share (source: Ibope). And in Portugal, where it was aired by SIC, it was the Brazilian telenovela with the biggest audience in the last ten years.

‘The Life We Lead’ is thrilling the public around the world and attaining excellent audiences. The powerful story of Ana, who wakes up from a coma and needs to recover the life that has carried on in her absence and which she no longer recognizes as her own, was leader in its timeslot in Uruguay (Teledoce) and Ecuador (Ecuavisa), and was the most watched program on the Globo’s channel (basic) in Portugal. ‘The Life We Lead’ earned a 52% share in Brazil (source: Ibope).

‘My Dear Handyman’, the Hispanic version of Globo’s success ‘Looks & Essence’, is licensed by the Brazilian broadcaster in conjunction with Telemundo for the European and African market, and with exclusivity by Globo for the countries of the Asia-Pacific region. Full of romance and intrigue, it tells the story of Griselda (Sonya Smith), a strong, hard-working woman who managed to raise her three children on her own, and the rich and wicked Tereza Cristina (Maritza Rodriguez). Tensions mount when Griselda wins the lottery and those around her show their true characters.