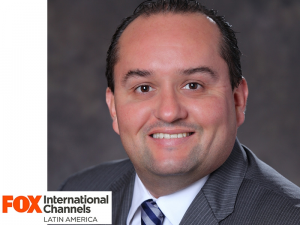 As part of the launch of the signal with 100% content created in Spanish for Latin America, this November 19th at midnight MundoFox exclusively presents the first episode of Dos Lunas, starring Barbara Mori and Leonardo Sbaraglia.

Consisting of 13 one-hour episodes, the series is directed by the directors Carlos Carrera, Pitipol Ybarra, Jerry Rodriguez and Sergio Guerrero Garzafox. Produced by Argos TV, LUA and Cadenatres, Dos Lunas is a story about identity and the brave and tireless quest to discover internally and truly love. The complete series will air in early 2014.

“We present a risky and innovative project with the quality that ensures our productions. It’s our first major project in Mexico, and we know that will be the door to many more,” said Carlos Martinez, president of Fox International Channels Latin America.

Dos Lunas will air in Latin America through the new signal MundoFox, created for the region. Subsequently, Cadenatres series air exclusively through its open signal in Mexico.

Dos Lunas reflects the internal struggle of Soledad, a woman with two personalities, both played by Mori-, a brilliant psychologist able to dive into the inner life of the people and her alter ego Luna, a mysterious and sensual DJ who frequents the nightlife of the city of Mexico.