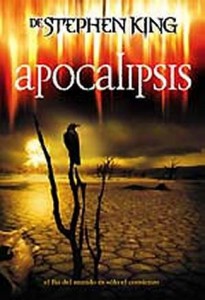 According to The Hollywood Reporter the big screen adaptation of the fourth novel by Stephen King, The Stand in its original version, has been without a director again. Without knowing for sure the reasons why David Yates, Ben Affleck and Scott Cooper have now abandoned the project, the aforementioned media notes that the tone of the film could be the main reason for discrepancy between filmmaker and studio.

Warner Brothers Studios Pictures already analyzed the list of possible candidates, among which are the names of filmmakers like Cary Fukunaga, Paul Greengrass, Daniel Espinosa and Denis Villeneuve. It is noteworthy that Warner has not yet decided the approach they want to give to this project and furthermore, to decide the number of films which will be adapted to the best-selling King’s novel in America.

Apocalipsis, King’s work of 1500 pages in 1978 after being reissued in 1990, tells how a flu virus, artificially created as a potential bacteriological weapon, spreads over the United States and kills millions. The survivors have common dreams, in which an elderly woman and a young man appear. The old woman encourages them to travel to Nebraska to fight Randall Flagg, an abominable character who embodies the forces of evil and has a nuclear arsenal.