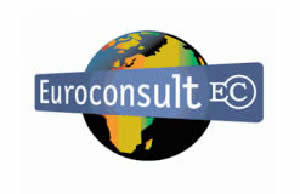 SatellitePay-TV: Key Economics&Prospects of Euroconsult presented a report which reveals that global subscribers of the industry of satellite pay TV will reach 340 million in 2023, and emerging markets represent nearly 80% of the total, with Asia and sub-Saharan Africa as the fastest growing regions.
“In 2013, subscriptions reached 196 million households and income exceeded $ 97 billion.” The analysis estimates that subscriptions will grow largely due to the availability of low-cost deals.
It is estimated that in 2023 about 30,000 channels, will be distributed with growth driven by the launch of HDTV in emerging markets and the launch of the first channels UltraHD. However, although the key indicators of the sector continued to grow, the analysis also reveals a slight slowdown is attributed to the lack of dynamism in mature markets.
Emerging markets, which in the last five years have been the most active in implementing new platforms, increased subscriber bases and increased revenues, accounting for 60% of subscribers worldwide and almost 100% subscription growth.
Dimitri Buchs, editor of the report Euroconsult emphasized: “Emerging markets are home to more than 80% of the nearly 160 active platforms. Over 95% of the platforms launched in the last three years operate in these markets. The share of revenue from emerging markets is lower due to the wide availability of low cost in these countries, but has also increased in recent years from 15% in 2008 to 26% in 2013”.