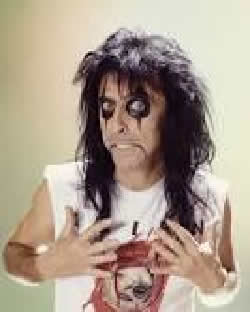 SuperDuper Alice Cooper, a opera documentary that captures the rise, fall and resurrection of one of the most unforgettable artists from the world of music. The countdown begins on December 31 with a night full of music performances and documentaries, as well as stellar apparitions of the most recognized names in the industry, closing at 00.00 hours with the documentary.

It’s the story of Alice Cooper’s life, from his childhood as the son of a pastor until his consecration as a rock star. His life full of scandals, its boom in the 70’s as the King of the macabre and his best shows are present in the film portraying his career and thus claimed his place within the great living legends of rock and roll.

Participate musical icons such as Elton John, Bernie Taupin, Johnny Rotten and Iggy Pop, among others. The film premiered at the 2014 Tribeca Film Festival