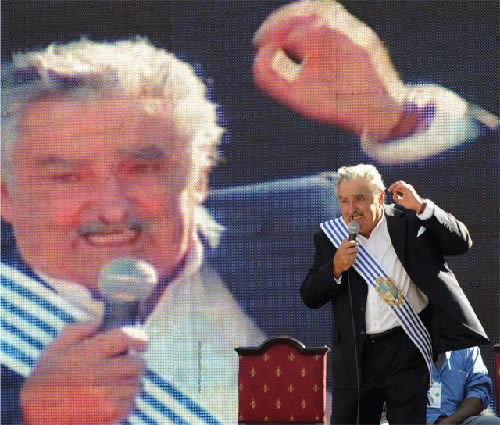 Outgoing President José Mujica impulsed this norm, which was approved only with the votes of the ruling party and is composed of 186 articles which establishes a new regulation for radio, television and other audiovisual media services. The very extensive sessions that some of them ended with insults to the representatives, with an attempt of fists clashes between some officials and deputy of the Frente Amplio, Carlos Gamou finally the standard has been concretized.

These rules put the government and the opposition in a tenacious showdown for its content. The first defend it by understanding that the country and its electronic media needed an update.
The latter rejected it qualifying it a slicer of freedom of expression, to the point of even boding it as a unconstitutional future.

In large letters, the law now aims to end monopolies and oligopolies; regulates advertising limiting the exposure time, aims to encourage the national audiovisual production, set new codes in protecting minors from exposure to violent content and sets penalties for those who violate these parameters.

In order to prevent media concentration, the Act provides that an owner may not own, wholly or partially, over three companies of open radio or television, or more than six licenses of Pay TV, a segment in which subscribers from one operator shall not exceed 25% of households in the country.
The new regulation states that 60% of programming of the channels and radios should be of national production or co-production, and 30% will have to be made by independent producers of the own station.

To promote fiction, the channels should broadcast at least two hours of brand new fiction programs per week, while radios will have to emit 30% of national music.

Advertising is limited to a maximum of 15 minutes per hour, and set a new time for minor protection, among others.

A key finding is that the standard, known as “Ley de Medios” (“Media Law”) limits the entry of foreign capital to the Uruguayan media, stipulating that applicants to hold a audio visual communication service should not be affiliates or subsidiaries of foreign companies, or perform acts, contracts or agreements that allow a dominant corporate position of the foreign capital in the conducting of a license.