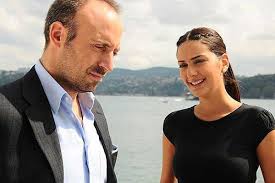 Kerim Emrah Turna, international sales executive of Kanal D ensures that six productions have been bought by Chilean channels in the last six months of 2014. Thus, the four main channels in Chile will have Turkish telenovelas in their grill soon and becomes the pioneer country in acquiring these fictions. “Everything has happened in the last six months of 2014,” says Turna and that Kanal D translated several titles and is doubling the Spanish promos in Miami.

It all begins when between 2011 and 2012, Kanal D began a research project of the Latin American markets. Las mil y una noches – which unlike other titles, are run by a dealer – served as a guinea pig and stood head on to internationalize their other productions.

Now not only have several titles translated into Spanish, but are advancing dubbing of some commercials in Miami, to position itself in the Latin industry.

A market in which competition for these products has grown by 100% in value per episode of the new series over the initial, Las mil y una noches.

The goal? “That in 2015 all Latin American countries enjoy some Turkish production,” says Turna.

“It’s narrative form will generate an inflow and an impact on the production of telenovelas in Latin America,”
he emphasizes.