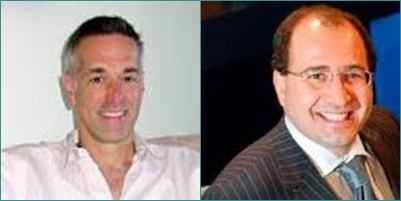 Central America TV is a general entertainment channel featuring news (more than 40 hours of weekly live content), series and lifestyle programming coming from Central America. In addition, has exclusive live coverage of the best soccer tournaments, with more than 100 games per year of the national leagues of El Salvador, Honduras, and Costa Rica.

WAPA America (the affiliate television station of WAPA Television of Puerto Rico) offers more than 75 hours per week of live news and original entertainment programming of Puerto Rico, as well as exclusive coverage of Basketball League, the most popular of the island.

Television Dominicana provides direct access to news, entertainment and sports of the Dominican Republic, including exclusive coverage of the Dominican Winter League Baseball (5 days a week during the regular season and playoffs).

Alan J. Sokol, President and CEO of Hemisphere Media Group, said “we are pleased to be partnering with TLN to make more of our channels available in Canada and to provide more high-quality programming options suitable for its growing Hispanic population. We are confident  that our channels will help our Canadian distribution partners, seeking to attract and retain Hispanic TV viewers.”

The President of TLN, Aldo Di Felice, emphasized: “TLN pioneered and developed a practice in the Hispanic market in Canada during our 30 years of history. The introduction of these television channels further solidifies our ongoing commitment to serve the needs and interests of the Spanish market in Canada, which has grown as the leading foreign language community in the country.”