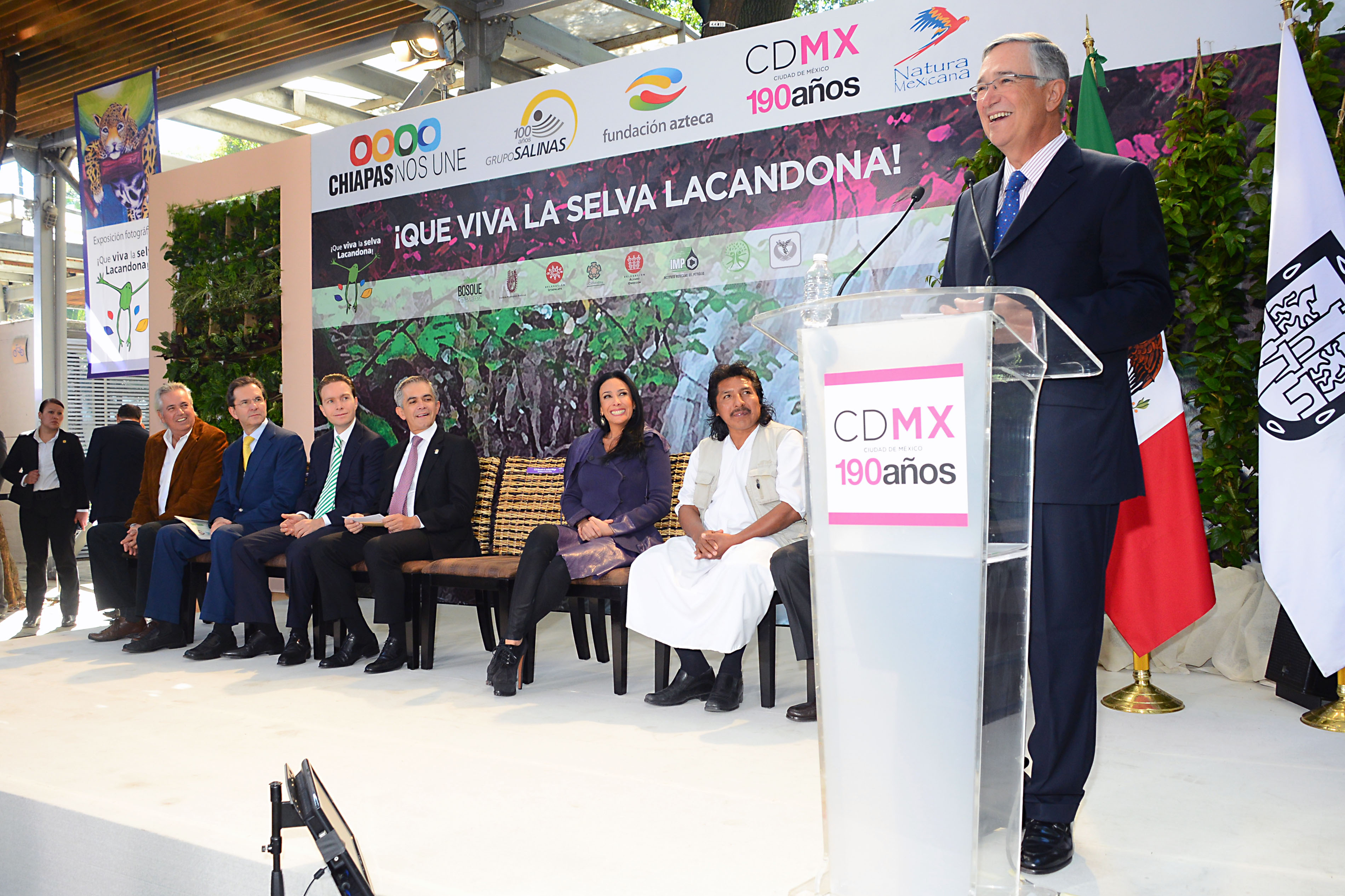 Ricardo B. Salinas Pliego, Chairman of Grupo Salinas and TV Azteca in Mexico

In the open galleries of the Rejas de Chapultepec of Mexico City, Ricardo B. Salinas Pliego, Chairman and founder of TV Azteca, Miguel Angel Mancera, Head of Government of the Federal District and Manuel Velasco Coello, Governor of the State of Chiapas, opened the photo exhibition ¡Que Viva la Selva de  Lacandona!

The exhibition on Paseo de la Reforma, is exhibited at the Museum of Art and is open until March 15. It comprises a visual tour of the Selva Lacandona through images in digital format, and includes 48 color photographs by Javier de la Maza Elvia, 43 are informational sheets with text and maps, and 33 drawings of the winners of the 10th annual drawing competition ¡Que Viva la Selva de  Lacandona!

“The best we can do is create this awareness among children as it is a unique and valuable asset of all Mexico,” said Ricardo B. Salinas Pliego, during the inauguration of the exhibition.

The event is part of one of the social programs that Ricardo B. Salinas Pliego promotes so that Mexico ends with their cultural apathy and adopt a new social vision. For this, stimulates the participation of children and young people, inspiring leaders and transformers with courage, commitment and vision of the future.

Thus, the contest created 10 years ago, aims to sensitize the public about the importance of safeguarding the natural protected areas, specifically the Reserva de la Biosfera Montes Azules, in the Selva Lacandona, and thereby to publicize the benefits of their conservation. Target audience all the young people in Mexico, and already 500 boys have known and valued the wealth as also the needs for its preservation.